We enjoyed beautiful skies and wonderful bus window views.  We were in the general neighborhood of Yellowstone National Park, though we didn't make it there for a visit. 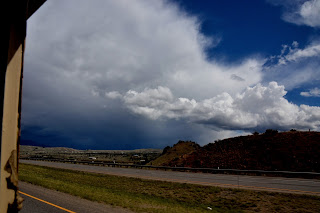 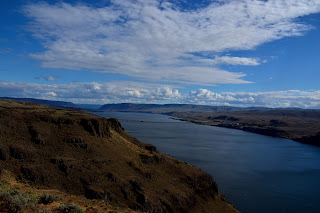 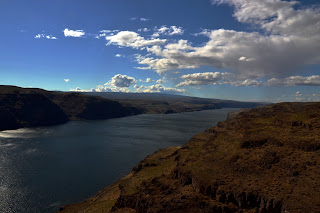 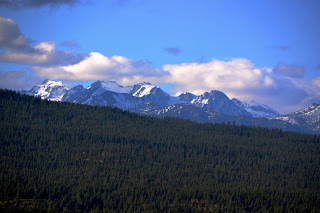 Our destination was the Glendive Dinosaur and Fossil Museum, in Glendive, Montana.

The museum was right next door to a cowboy museum, and while we were there, we witnessed a lady who accidentally went to the wrong one... 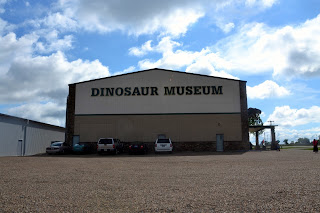 …kind of hard to figure out how she missed that... 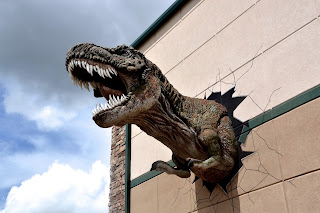 ...maybe they need to identify the building better. 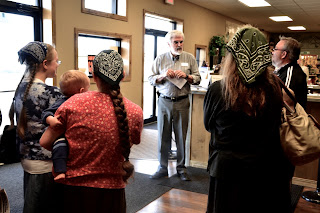 We got to meet the founder of the museum, paleontologist Otis Kline.  (We didn't tell him he was spelling Klein wrong.) 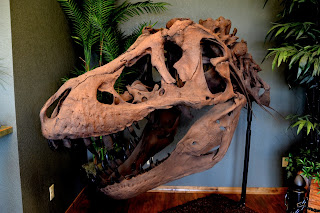 Glendive, Montana, is a hot bed of fossil beds.  That is what brought Otis here. 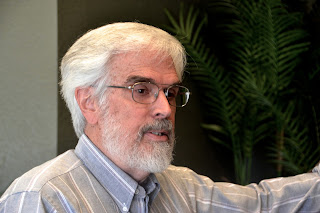 Otis is convinced that evolution is for the birds, which he does not believe evolved from dinosaurs. 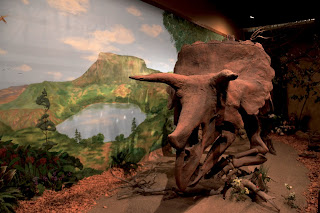 Otis's family started the museum over a four year period, after a significant investment of their own and much support from others.  It is currently staffed largely by local volunteers from several area churches. 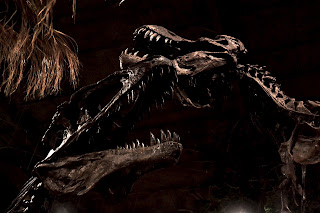 They don't call it a dinosaur and fossil museum for nothing. 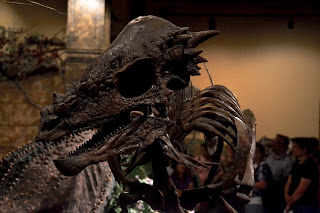 The museum is blessed with the talents of a wonderful volunteer artist, who not only works on many of their exhibits, but does a beautiful job painting special effects throughout.  The exhibits were really stunning, and having Otis explain as we went was super helpful. 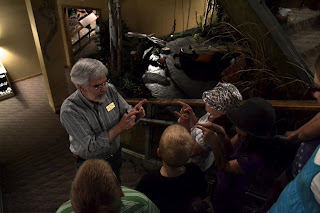 The museum also included information from many cultures showing ancient people had seen animals which we now know as dinosaurs (a word invented in 1841 by Sir Richard Owen).   Marco Polo, in his non-fiction work covering his travels, wrote extensively about such creatures.  The Chinese zodiac features animals all known to have lived with man, including the "dragon".  And recent findings of dinosaur bones with red blood cells (which cannot possibly survive millions of years) throws a lot of doubt to their going extinct way before man came on the scene. 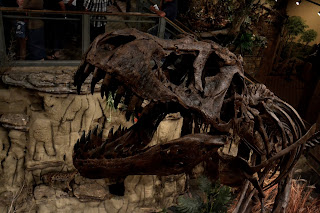 One of the most interesting exhibits for the Kleins was the one referring to Mount St. Helens.  Mount St. Helens is another wrench in the idea of needing millions of years to form rock layers and canyons. 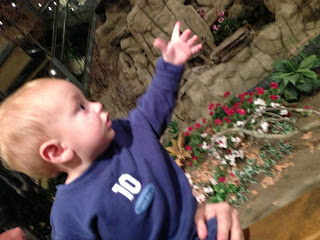 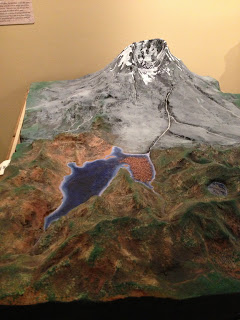 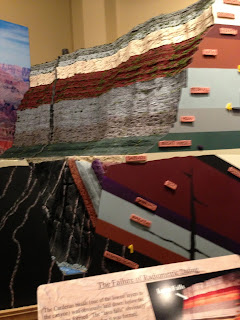 Mudflows following the eruption eroded canyons with the same features seen at Grand Canyon.  It took hours, not millions of years.  That's a fact. 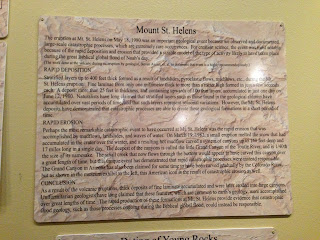 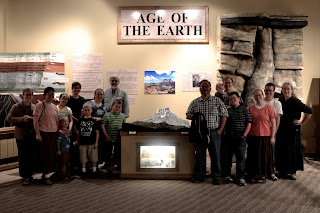 We left Glendive excited about this great resource for pointing people to the Bible.   If you happen to be passing through Interstate 94, you would really enjoy it! 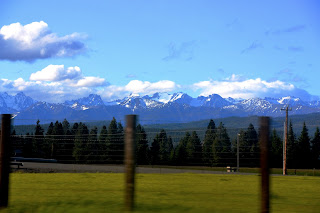 "There is
no wisdom
or understanding
or counsel
against the Lord."
Proverbs 21:30
Posted by Debbie at 9:36 PM