The best cheesecake we've had in a long time! Pt 2


And the photos continue, thanks to the overwhelming demands of our blog audience.... 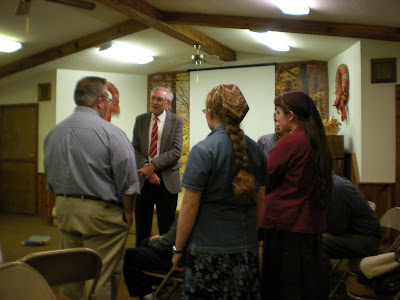 We took a day of rest on Sunday, and enjoyed a visit with our family at Madison Grace Fellowship. Our brother, Dan, joined us...everyone enjoyed meeting him. We had a yummy meal after the meeting, and we stayed pretty late. 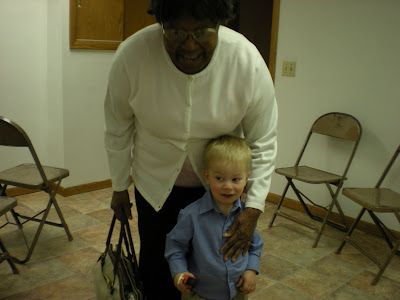 Joshie enjoyed getting loved up by sister Icy! 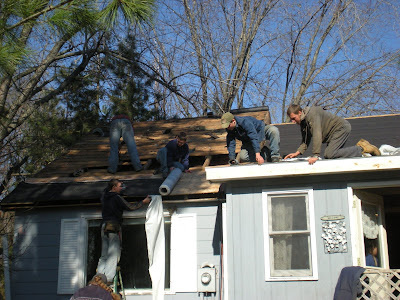 We had very cooperative weather, praise the Lord, and made rapid advances with precious friends who brought a meal, fellowship, and more helpers! 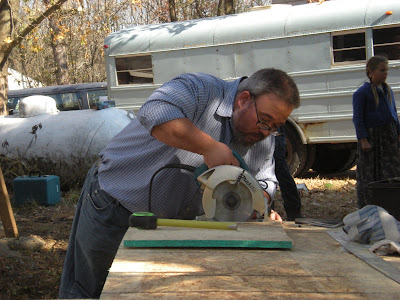 Dave had the week off, a total gift from the Lord, so he rolled up his sleeves, cut some plywood, and made a few trips to Home Depot.... 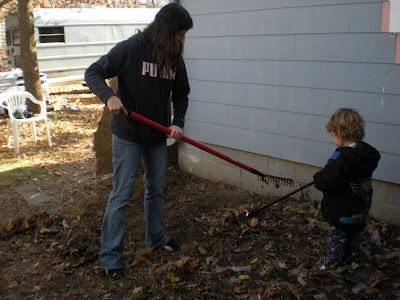 We enjoyed spending some time with our much missed neighbors, Rachel and Azzy! Boy, has that boy grown! 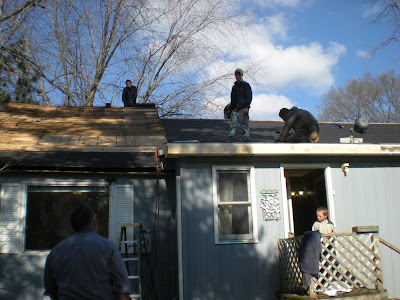 We thank the Lord for few close calls with our team on the roof. Daddy and Mommy declined working on the roof, so we just experienced nausea from below. 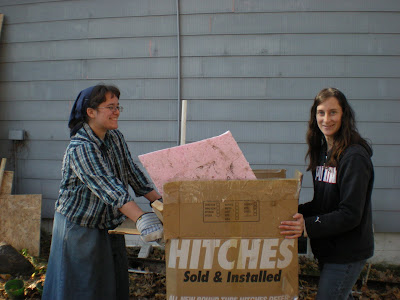 We felt the need to clean! 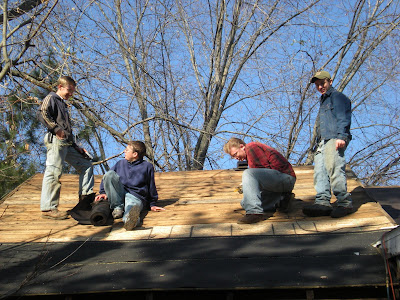 Reciting lines from Pilgrim's Progress makes the work go faster, as does a nail gun! 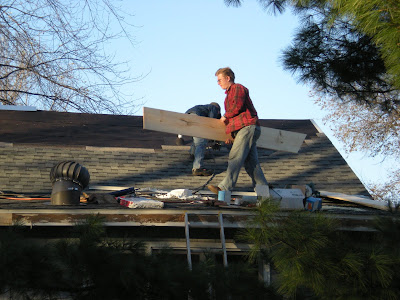 Zak's previous experiences helped tremendously in the challenges of this roof. 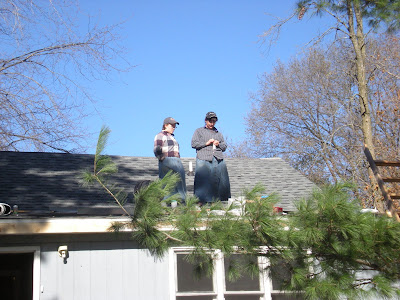 Hannah and Sarah were a big help, once they got their "shingle-legs." 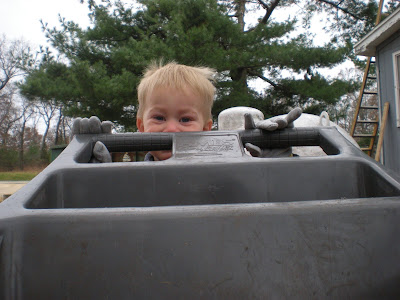 Joshie enjoyed tearing around with the shingle-mover, our tough little solid wheeled transporter. Stay off the sidewalk! 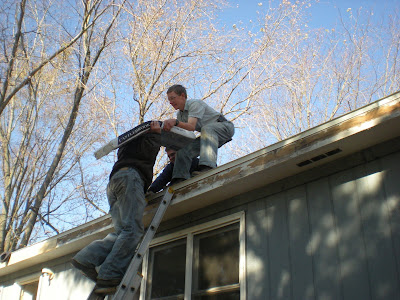 One of the hardest jobs -- hauling shingles up the ladder! 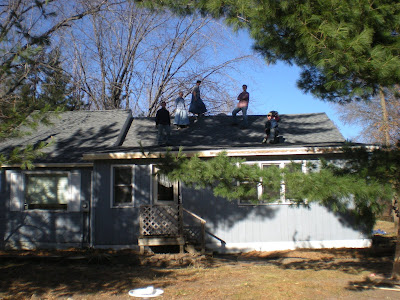 Nearing the end of the job, the kids' thoughts turned to finding the proper victory pose... 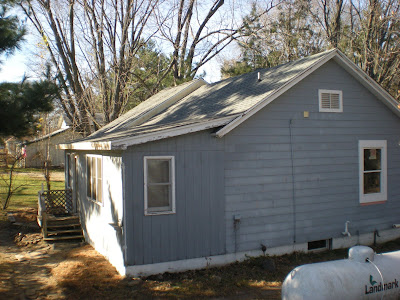 Fifty bundles of Heatherbrook gray, 25 year, architectural shingles. They resist winds to 80 mph. Raked the ground clean (except for the occasional nail) and filled the dumpster.

Loaded up the rest of our stuff from the garage, left for St Louis by 4 PM. 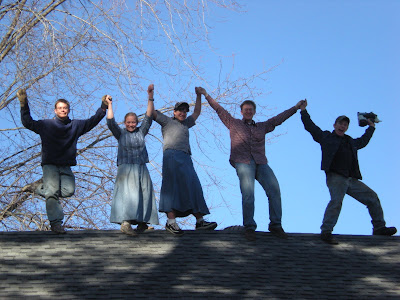 Opting for one more gravity-defying, parent-nauseating feat, they settled on this pose -- though some of those who helped the most were absent for the photo we thank you so very much for your help and encouragement and tools!

And now, to explain the title.

Many moons ago, our brother Dan told us the story of when he was once served cheesecake. His hostess asked him how he liked it. Not wanting to disclose that he found cheesecake disgusting, he answered, "It's the best cheesecake I've had in a long time."

His perceptive hostess then asked, "Yes, but do you LIKE it."

At that point, says he, he explained (graciously we are sure) that he didn't really care for cheesecake at all.

So after hearing that story, our family has adopted his politely evasive reply into the pool of Klein inside jokes, to be used and over-used into the immediate future...and beyond! 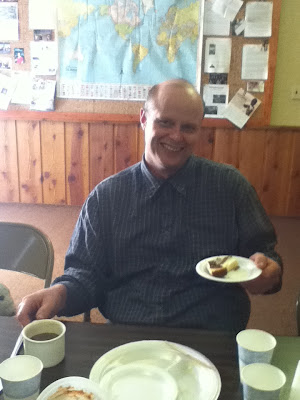