Dipping the paintbrush on both ends 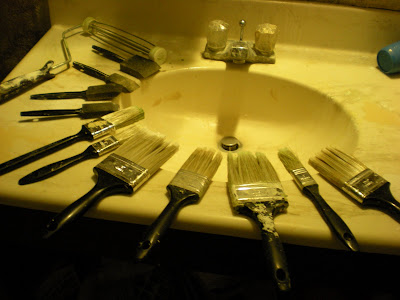 After our sledding escapades, Dave and I woke early to drop him off for an early flight to St. Louis for 3 days. The idea of painting was already bouncing around in our heads, as our surprise project at home while he was gone. First, we brainstormed. 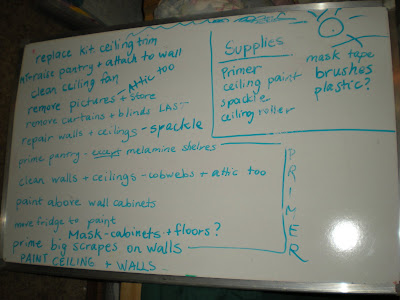 Then we began our moving, cleaning and masking. 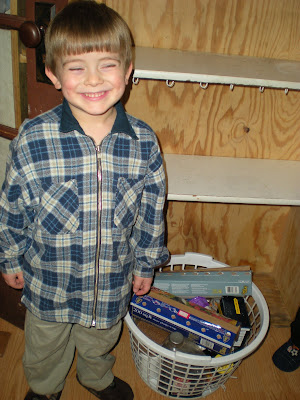 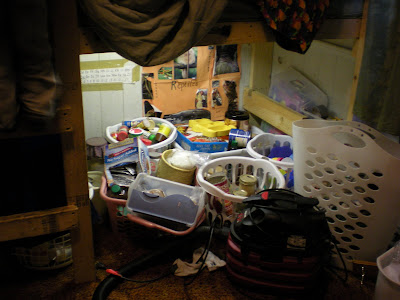 The pantry was Zak's first attempt at cabinetry when we moved here. Though it was first intended as a disposable prototype, we got a vision to mount it to the wall (covering a recess left by a window to the covered porch), add a toe-kick, re-do the shelves, add face frame, and paint it. 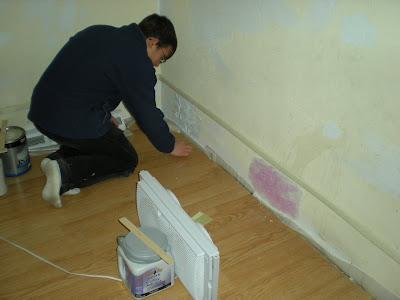 Ben worked on patching up some unsightly holes in the wall. He did a wonderful job! 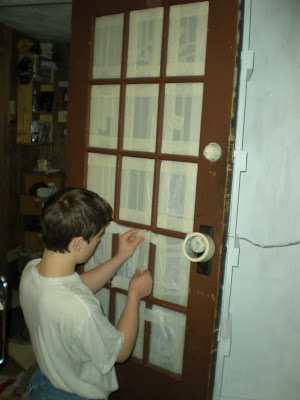 Solomon did a great job masking this French door which leads from the kitchen to the front porch. 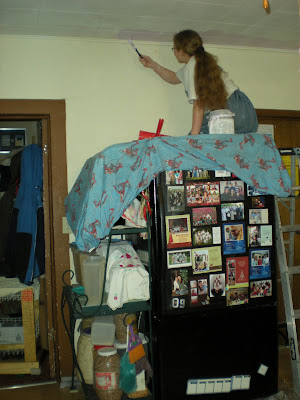 The first painting step was the ceiling! It really needed it! It is a high ceiling, so we started with that. Hannah took advantage of the location of the fridge. 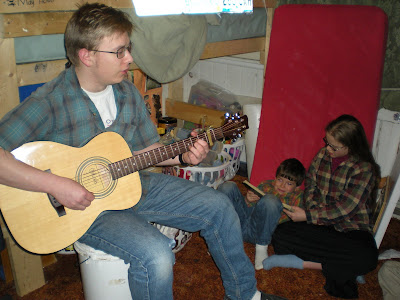 Once again, we had to adapt to doing life with 15 people with most of the main floor inoperable. Here we are having our evening Bible time after our first day of ceiling painting, in the boys' room...where we also had dinner! 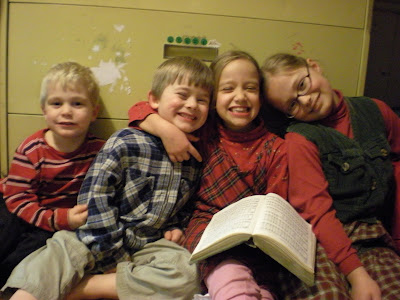 Surprising Daddy is nothing but fun! 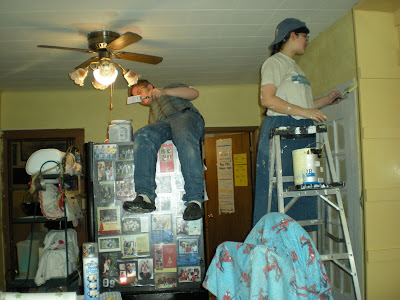 Of course, once you let one of your children get on top of the fridge, soon they ALL want to do it.

This is day two. Day one, we were still all in the house; day two, I took a handful to visit some friends and get a year's supply of VENISON! Yum!

Sarah really held the project together, and did a great job on the perimeter near the ceiling. There was no parental painting on this project. 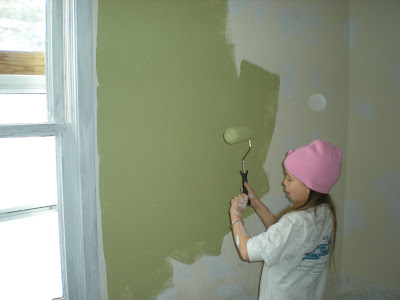 Susanna really wanted to stay and help paint, as Noah did. They were good helpers. 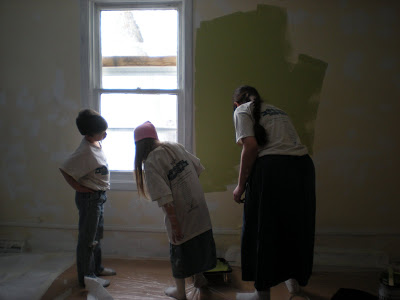 After priming the walls, the painting began. Boy, did it need paint! The walls really had that "lived in" look. 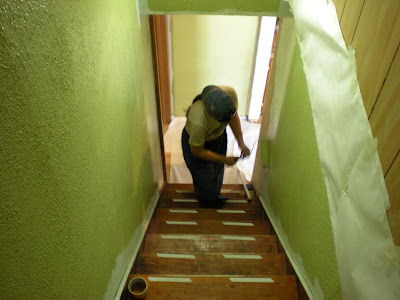 Not sure when to stop, we also did the attic stairs to Daddy's home office. 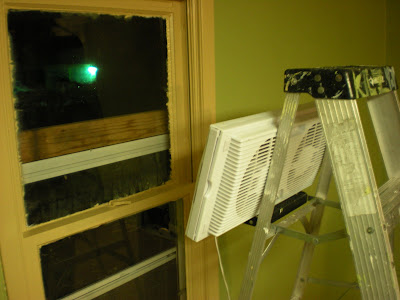 The condensation on the windows was leaking onto the freshly painted trim, so they set up a fan to help keep it dry. 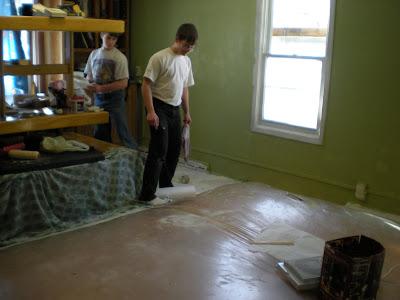 Whenever the heater kicked on, the baseboard vents forced air under our plastic sheeting, creating an interesting effect. 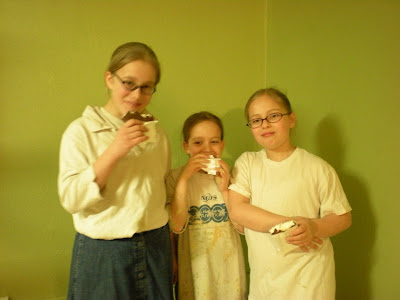 I stashed some ice cream sandwitches in the bus for a surprise. Since it has been REALLY cold, the bus makes a good freezer. 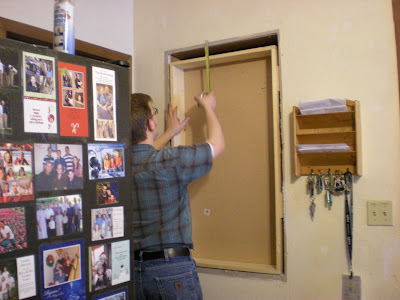 The second window recess had been partly covered with a bulletin board. I asked Zak to build in a spice cabinet, with trim to match the French door. 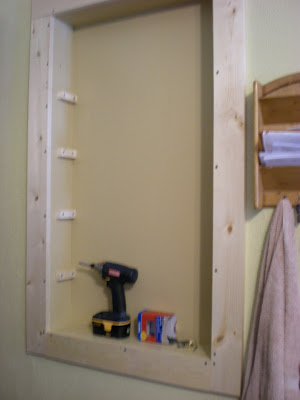 This was all done in pine, which was pretty inexpensive. It really turned out nice (photos later). 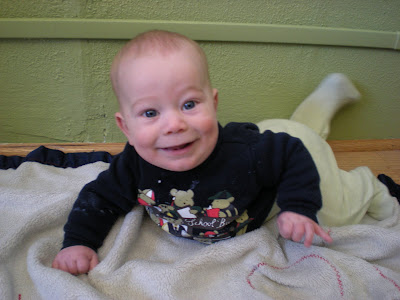 Joshie thought everyone did a great job! We are cleaning up today for a house showing, and we'll post pictures later.
Posted by Debbie at 7:48 AM