As One Does In Chicago...

In March we made a trip out to Chicago for a CocoaConf. On most of our trips for CocoaConf, we send a delegation, and we were very happy that it worked out for us all to go this time!

We all help out in various aspects for a Cocoaconf, but usually most of the work is during initial set up and then teardown (during the conference we only need a handful of people there to keep things running). So while the conference is going on, the rest of us who aren’t busy helping hang out at the hotel, catch up on laundry, or (most exciting :) go sightseeing. The Lord has allowed us to see some pretty neat things on our trips for CocoaConf — since the conferences are held all over the country, we get the opportunity to explore lots of interesting and fun places.

This time, we visited Wheaton College! 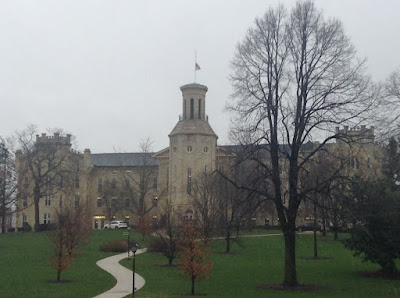 (I'm not sure if that counts for typical sightseeing, but it's quite the sort of thing we like to do :)

So Mom got in touch with the folks at the Billy Graham Center, and arranged a time for us to visit. 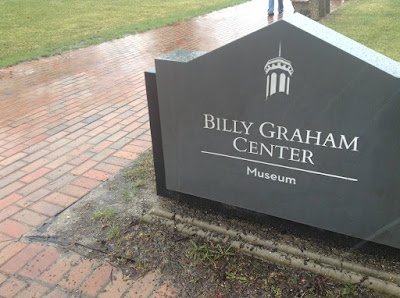 After we arrived, Mom took the little boys to see the museum, leaving Hannah, Joanna, Bekah, Susanna, Sammy, and me in the Manuscript Reading Room.

(I think we all liked the fact that we got to be in a room called the Manuscript Reading Room — it just sounded so scholarly.)


Before we left for the Billy Graham Center, we pulled up their catalog page on their website, and we selected some collections of documents to look through. Everything was in numbered folders, packed in labeled file folder boxes. We only went through one box at a time, to keep from mixing things up.

First we looked at a box of materials related to/written by John and Betty Stam (missionaries in China). 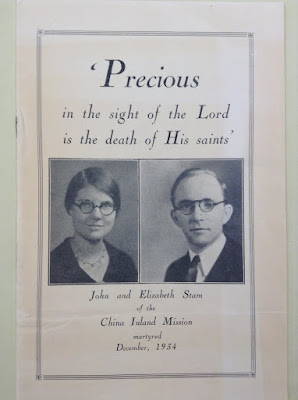 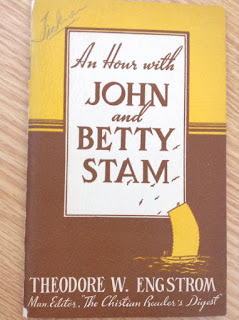 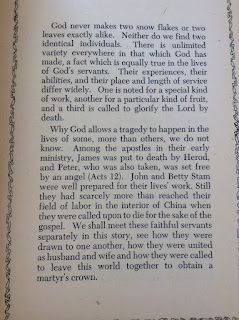 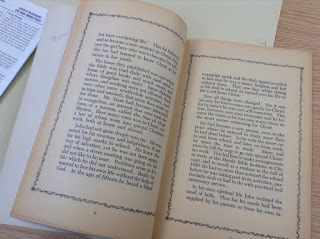 We were able to take pictures of whatever we liked (as long as it wasn't restricted, and we didn't look at anything that was). Before we were through we had succeeded in draining the batteries and/or filling up the camera rolls on all of the four iPhones/iPods that we had brought with us. :) 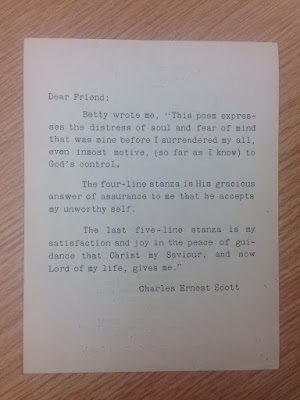 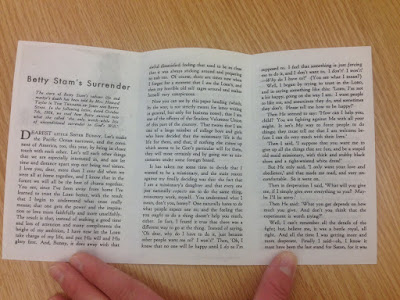 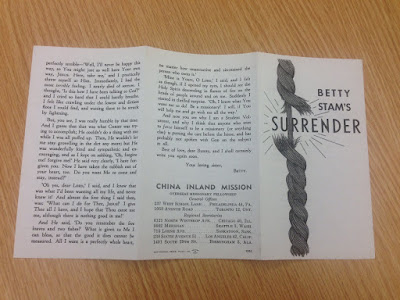 After a while we got over being nervous and abandoned further ceremony (while trying to maintain the aforementioned carefulness). 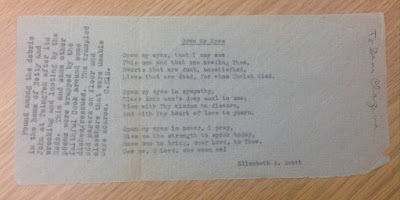 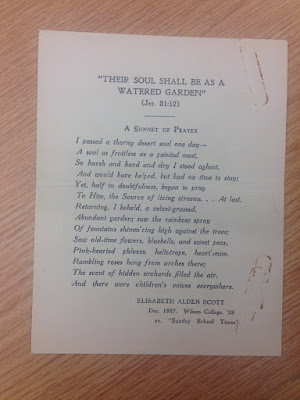 Next we looked at some things from John and Isobel Khun (missionaries to the Lisu in China). 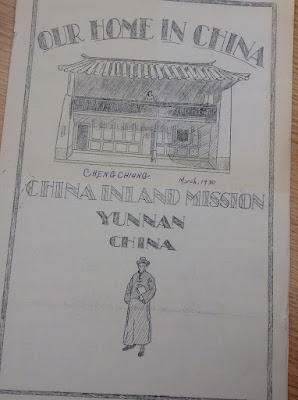 We also got to see a few things from Hudson Taylor (mostly scans of documents related to a trip he took to the US). 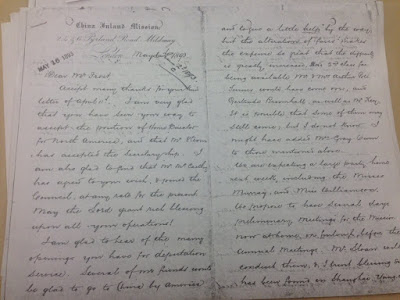 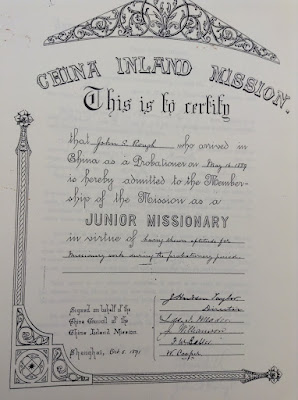 I was very excited to see some things from Hudson Taylor, but I had a hard time reading his (lovely :) cursive handwriting and didn't think to take more pictures for those at home who could! I did get a nice picture of his signature: 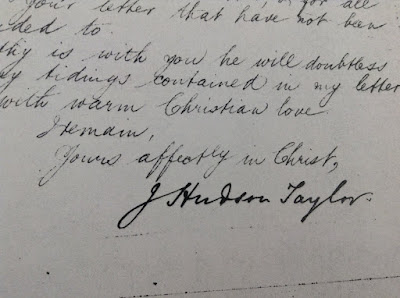 Last of all we looked at some things from Jonathan and Rosalind Goforth (missionaries in China in the late 1800's and early 1900's). We hadn't really planned it, but all of the missionaries whose writings we looked at were from China.

Another thing we hadn't planned was the order in which we looked at (something), and we ended up saving the best (or should I say biggest :) for last! The Goforths' manuscripts were close to twice as many as any of the others that we saw that day.

While we were busy being fascinated upstairs, Mom and the boys enjoyed looking around the museum downstairs. 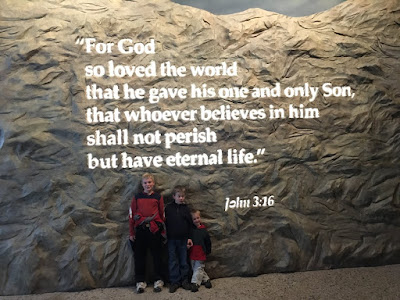 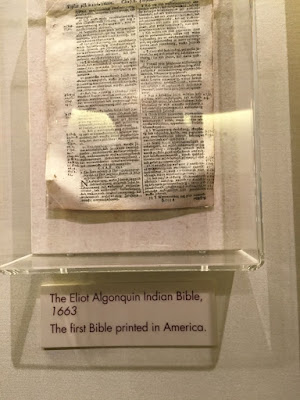 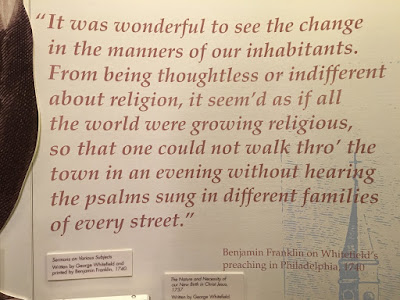 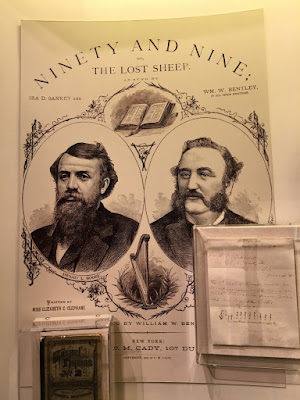 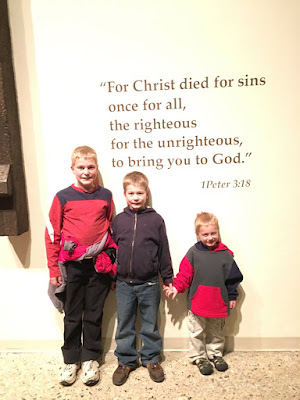 They also took a spin around the Wheaton College campus... 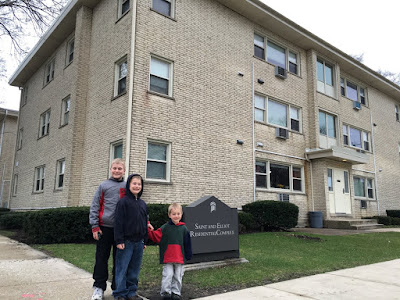 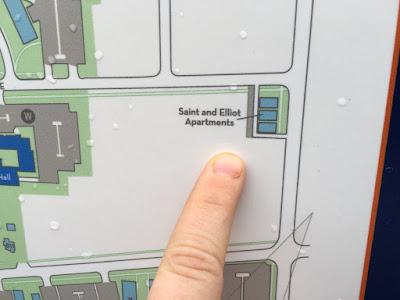 We finished up at the archives around 5:30 pm. We spent about four hours there, but I'm quite sure we could have spent the whole day and had plenty to keep us busy! We had an amazing time and we're very grateful for the opportunity!

Like I said earlier, our family reads lots of missionary biographies. It has been a tremendous blessing to us — to me personally, to hear and read the stories of great Christians of the past, and to see “at a glance,” so to speak, what God did in and through them. It was wonderful to able to see an touch the letters and journals of some of the heroes of the faith that we’ve read and heard of so much before.

One thing I’ve seen many times in the lives of many great Christian men and women is their relationship with Jesus. It came first. First they learned to walk with God, to love and obey Him. That relationship was central in everything else they did.  That’s what made them what they were.


I’ve had to continually remind myself that Hudson Taylor, or David Brainerd, or William Borden, or any other Christian I read about, wasn’t just an extraordinary person. Each of them was a normal person that surrendered themselves to an almighty God, and He worked in them and through them. And that’s exciting, because that’s something that all of us who love the Lord can do too! We can have that same relationship with Jesus, and experience the same love and joy and strength — His love, His joy, and His strength. We might never end up in the Amazon or in Shanghai, we might never be martyrs, we might never have books written about us, but that isn’t the point, is it? The point is that God is glorified, and He is glorified when we surrender to Him and let Him work in us. And God will take care of the rest.

Well, I don’t know about you, but if I end up in Chicago again, I think I know where I might be spending some time! :)

Wherefore seeing we also are compassed about with so great a cloud of witnesses,
let us lay aside every weight, and the sin which doth so easily beset us,
and let us run with patience the race that is set before us,
Looking unto Jesus the author and finisher of our faith;
who for the joy that was set before him endured the cross,
despising the shame,
and is set down at the right hand of the throne of God.

I so love this post - I met some of the children this last weekend at the Berean Call conference - what a blessing.
When I met my wife in 1977 we were riding a bus from the Bible college we were going to at the time. We were riding a bus to Mexico to help at an orphanage outside of Ensenada so we kind of felt like missionaries. I shared about my love for missionary books and missionaries in general. My new friend Diana (whom two years later would agree to marry me) commented that she knew some missionaries. She then told me that she had cared for their mother who was then in a wheel chair. One of her best friends was a niece of a missionary who had given their life for the Lord in South America. I started to put two and two together and reliazed she was talking abou the family of Jim Elliot. I said to her, “don’t you know they are famous!?” She said, “no we never thought of them that way, they were just missionaries who loved the Lord and were regular people as far as we knew.” She was right of course. I was overwhelmed at the humility and godliness of this first hand account of the Elliot family and my respect of them was even more increased. I had been deeply affected by the book “Shadow of the Almghty” when I was about thirteen years old and this conversation I had on that bus has always stuck with me. Regular people in God’s hands can do great things for the Lord. With the Lord, “little is much!”

Thank you dear Klein family for being such wonderful tools in the Master’s wise hands! The Lord be magnified!
Rod Page