Early in the week before the wedding, we enjoyed extended family time at the wonderful guest house, planning for the wedding (of course!) and many times of fellowship with the folks from the church in Rhinelander. Their hospitality was such a blessing! 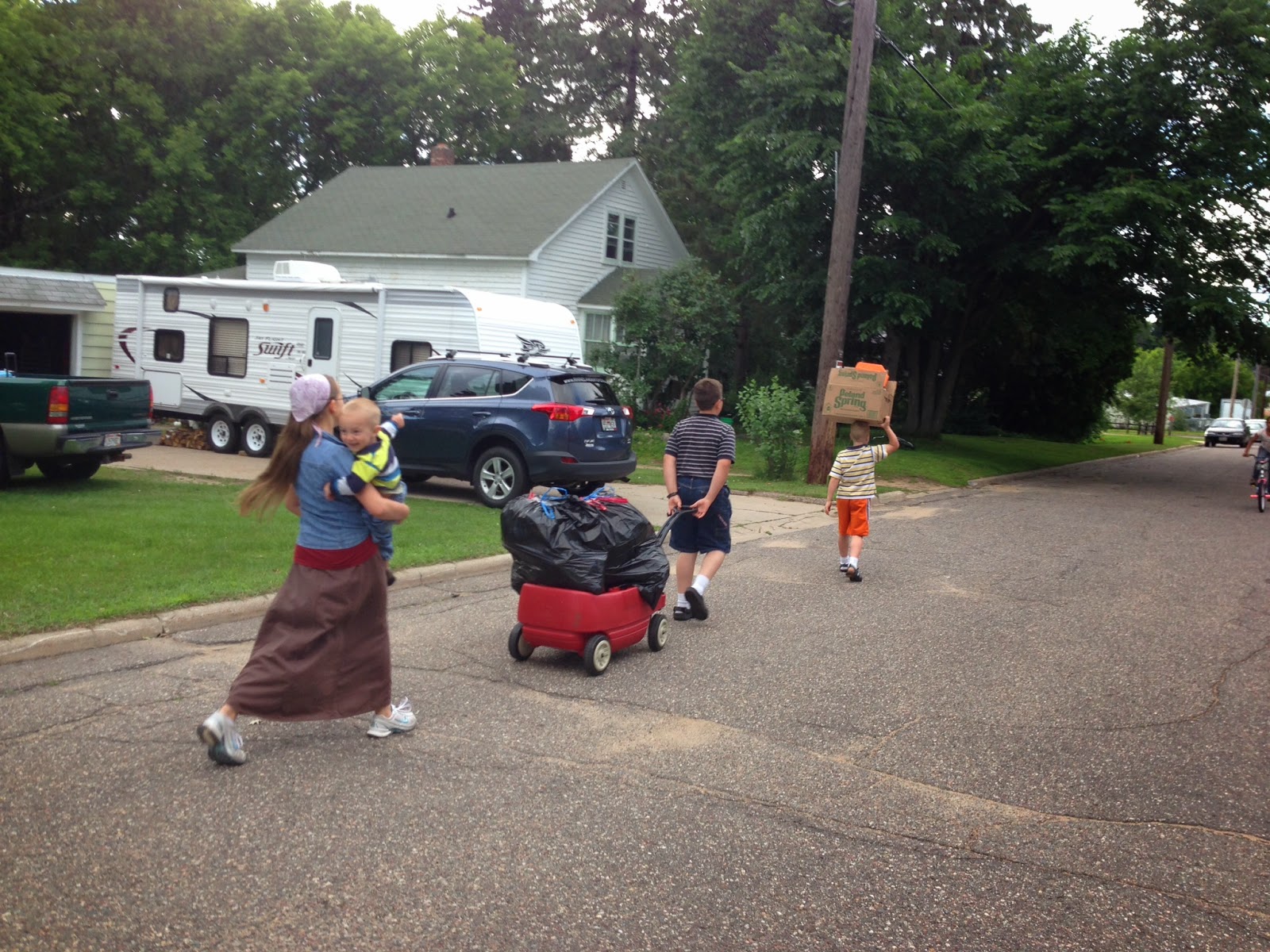 We exceeded the capacity of the trash receptacles at our temporary abode (what else is new?) so we were given instructions to a nearby dumping area which we had permission to patronize. 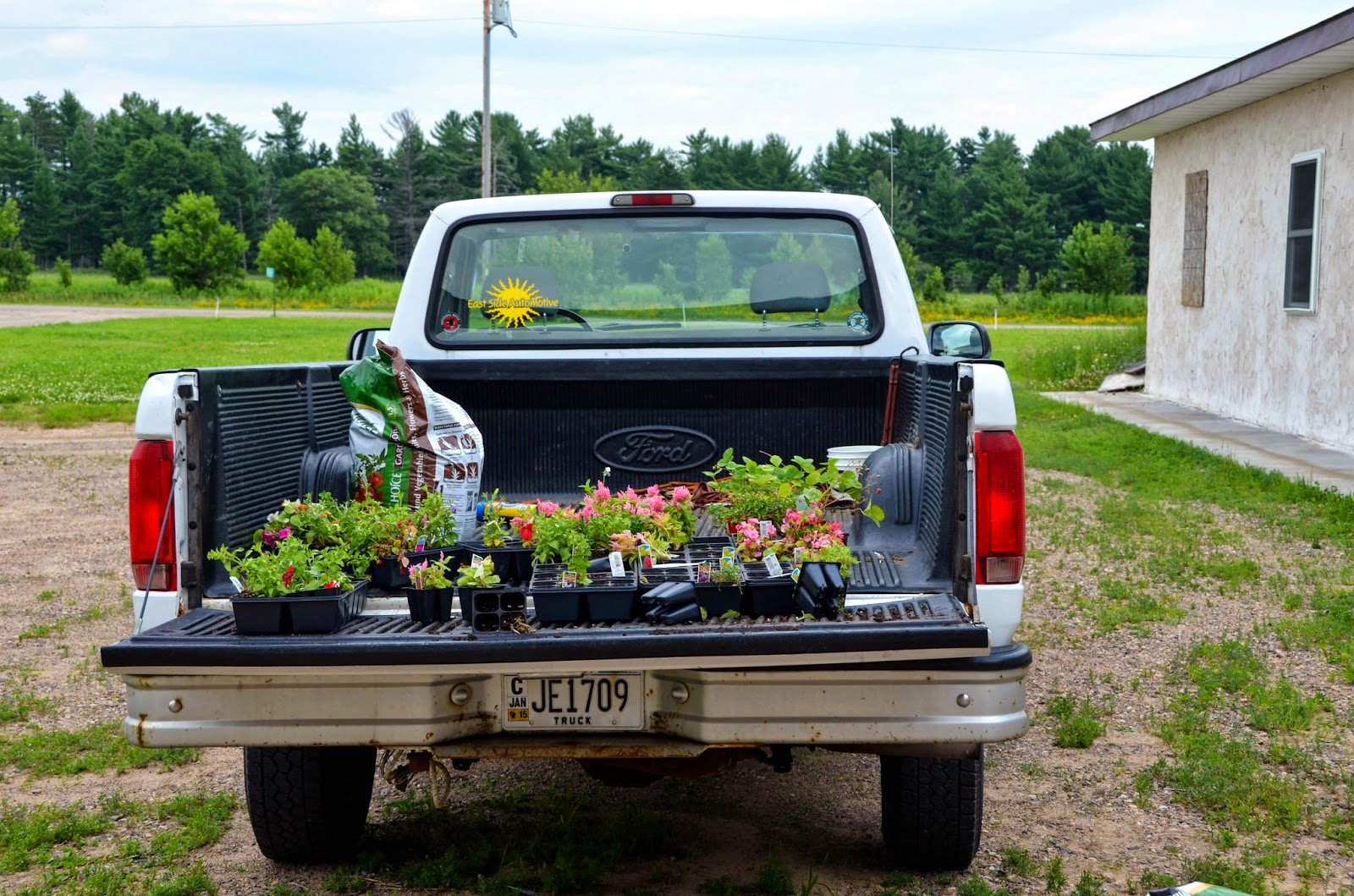 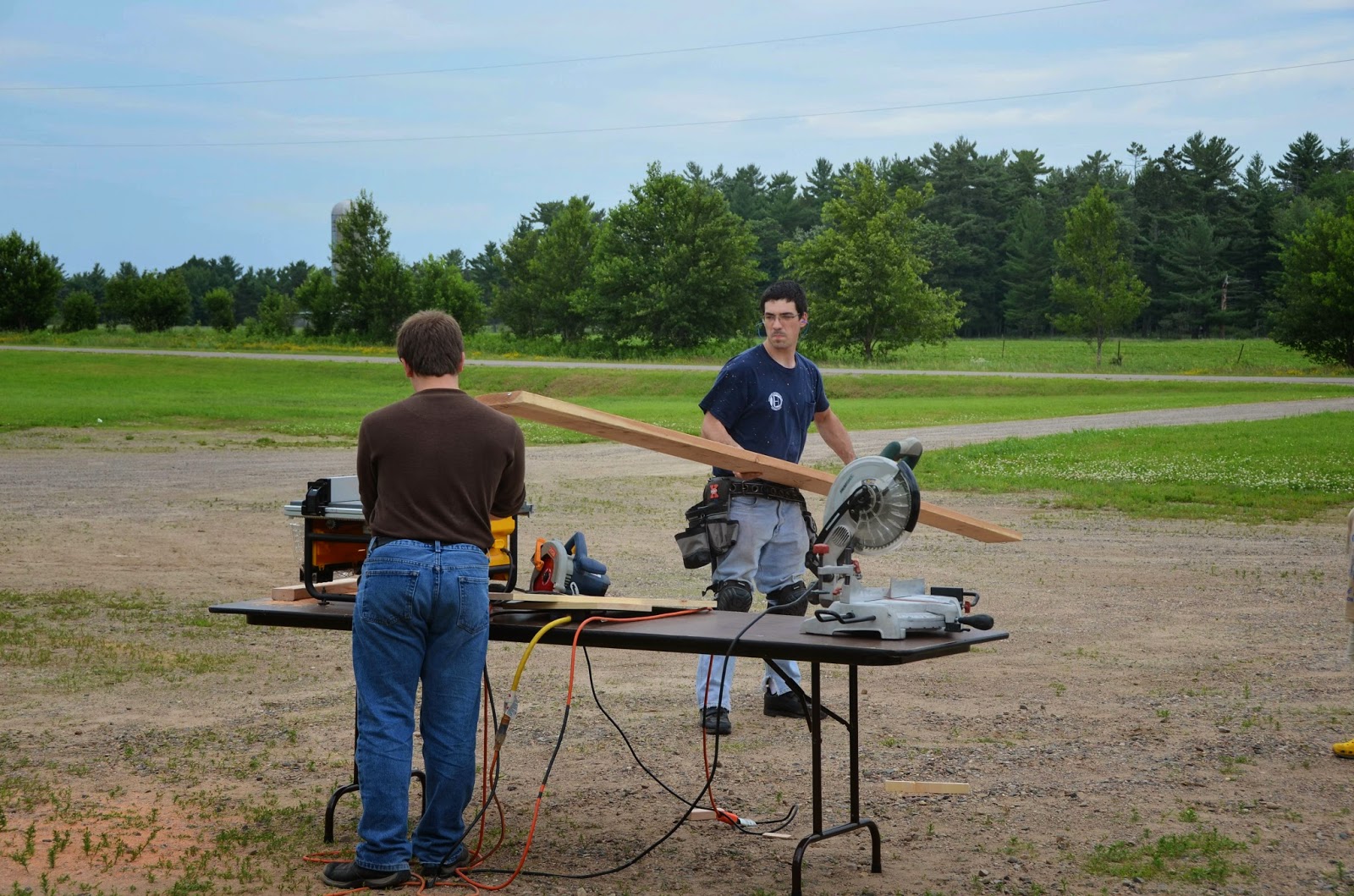 We had one big room to use for the wedding and ceremony, and we saw that first setting up chairs in rows for the ceremony, then rearranging and adding tables for the reception, would not work with the number of people attending. So we had to be creative and figure out how to fit 220+ loved ones in the space available, for both parts of the day.

We spent a while going over possible layouts, and eventually, settled for this arrangement:

All the chairs faced forwards, with the tables set up. And following the wedding, the chairs in front of the tables were turned around.


While there was an abundance of chairs at the church building, they were all mismatched. So, our little boys sorted and tallied up all the different colors and styles of chairs, and came up with their own symmetrical pattern, to make the room look more "festive." :)

The church building did not have light covers for the light bulbs, and so Mom came up with a creative way to shade the rays a bit. 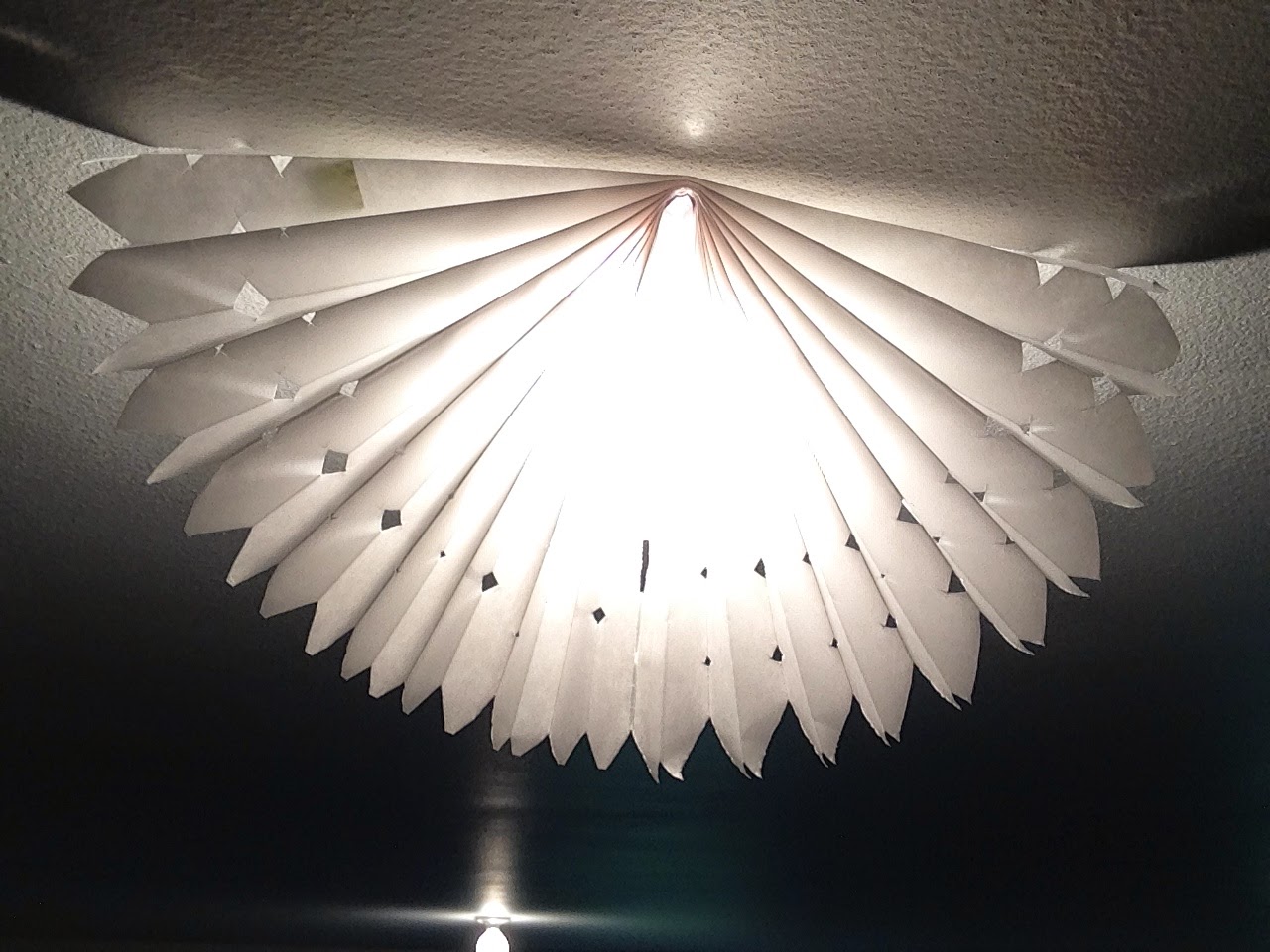 The picture doesn't really do it justice, but these fans cut out of butcher paper not only softened the light but cast pretty patterns across the ceiling. It was, as Bethie said, "simple, yet elegant!" :)


On Tuesday, some of the girls made a raid to the local Goodwill, to see if we could find fabric to make a backdrop for the wedding. We had the use of a room divider, which would be good to cover up most of the window in front of the building, but we were hoping and praying we could find something to cover it and give it some nice color. The Lord blessed our efforts and we left the thrift store with armloads of various blue and green curtains, sheets, and tablecloths, which we were able to pin up on the room divider as one big drape. As one of the girls said, "Zak and Bethie are going to get married in front of a clothes line!" :) 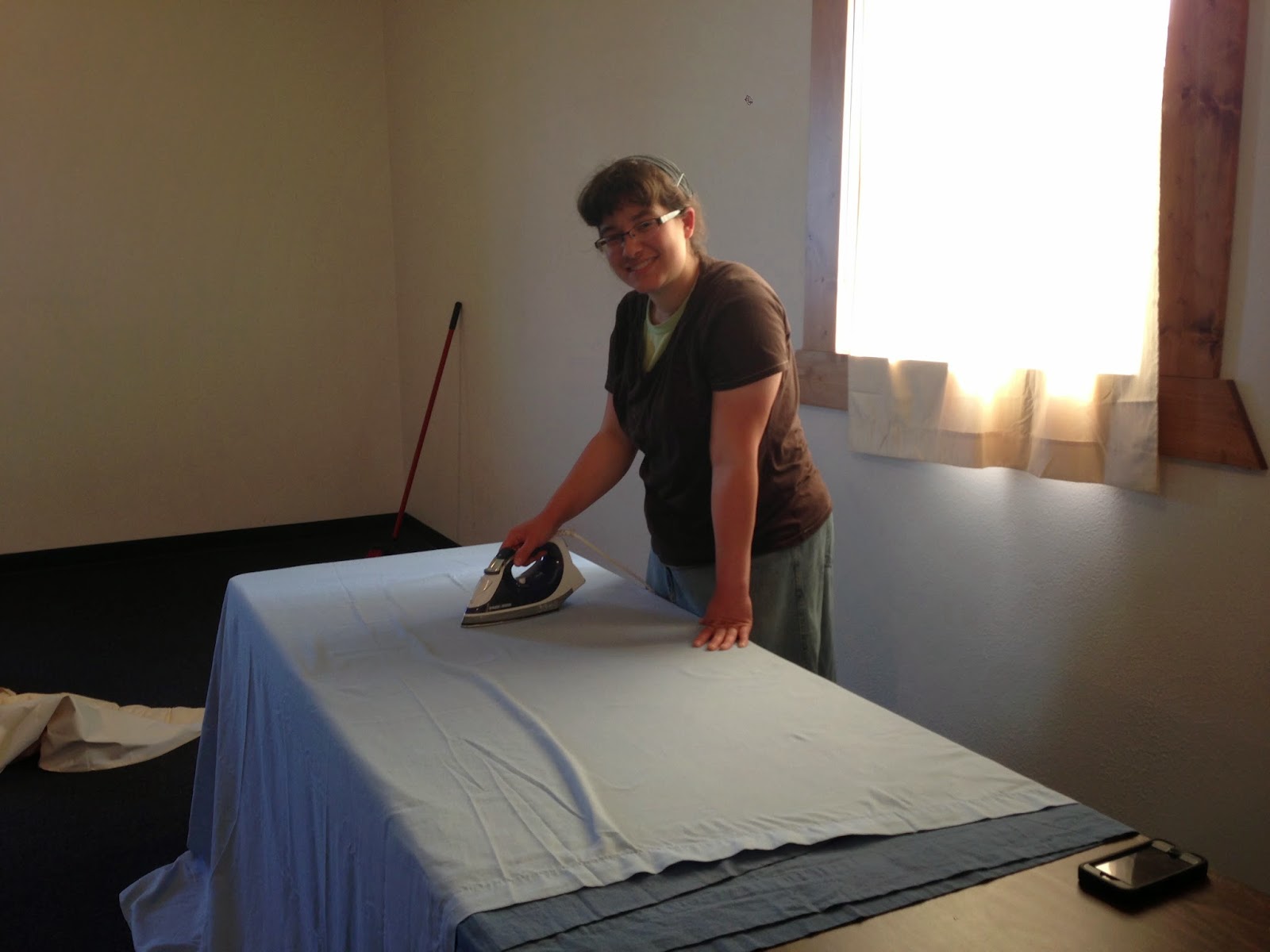 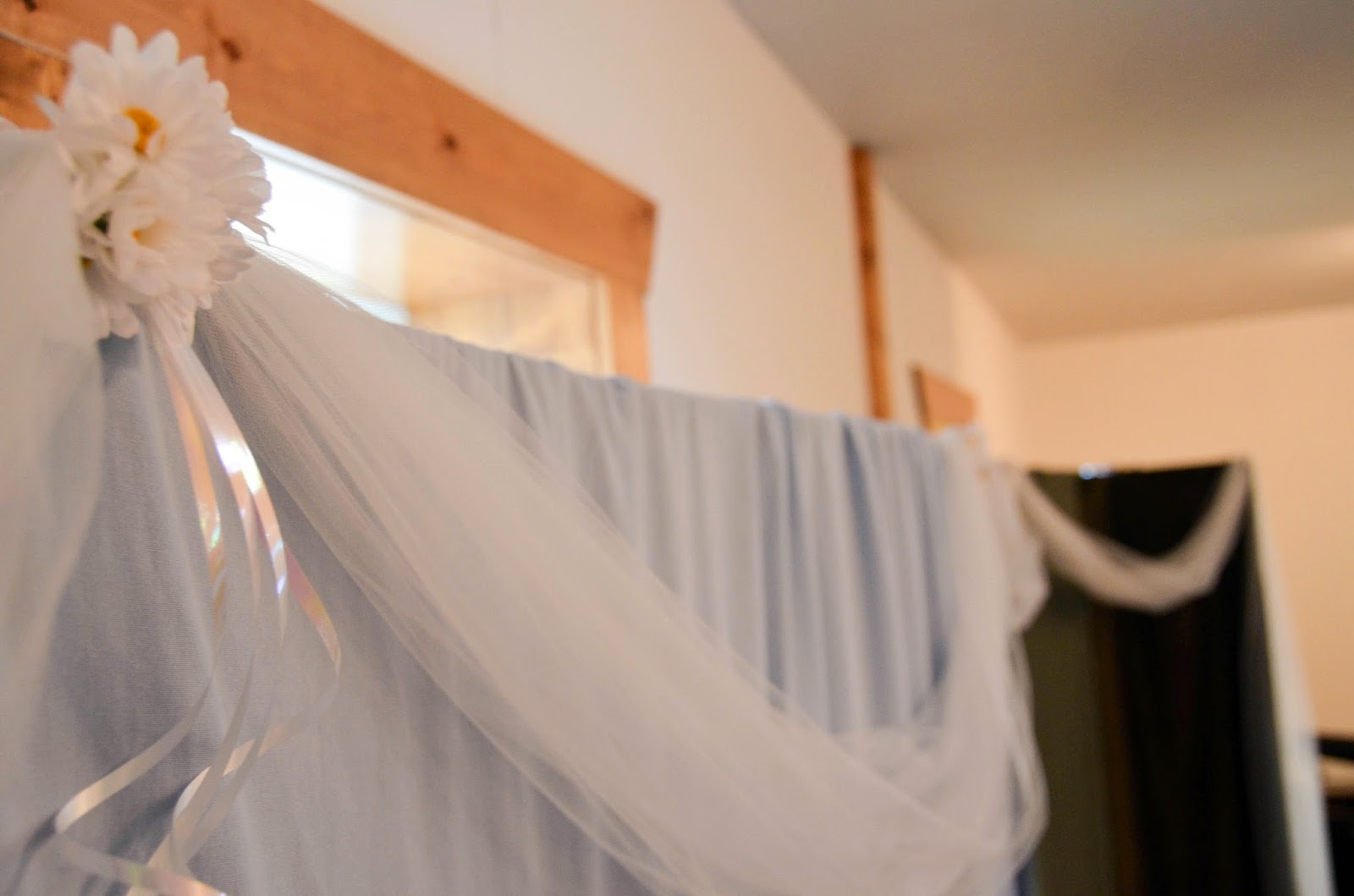 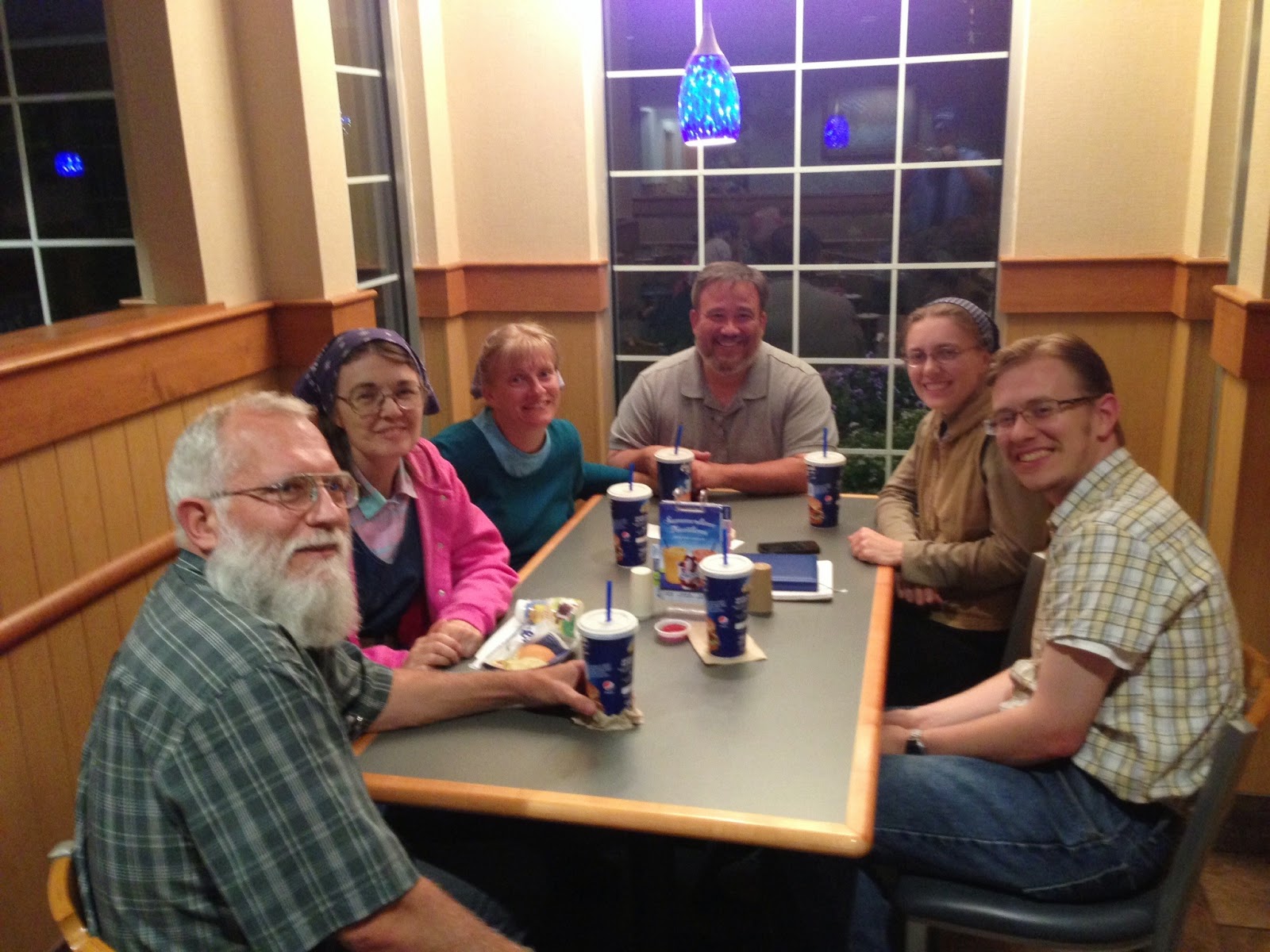 Even though things were super busy, and both families were separated by a two hour drive, Zak, Beth, and both sets of parents had a great desire to somehow have a special time together before the wedding, to slow down for a bit and encourage one another.  We are thankful to the Lord for working out all the details, with each side driving an hour to meet up in the middle, on Thursday evening.

Friday came quickly - the day before the wedding. We spent most of the day preparing food for the reception, last minute cleaning the building, and working on decorating. 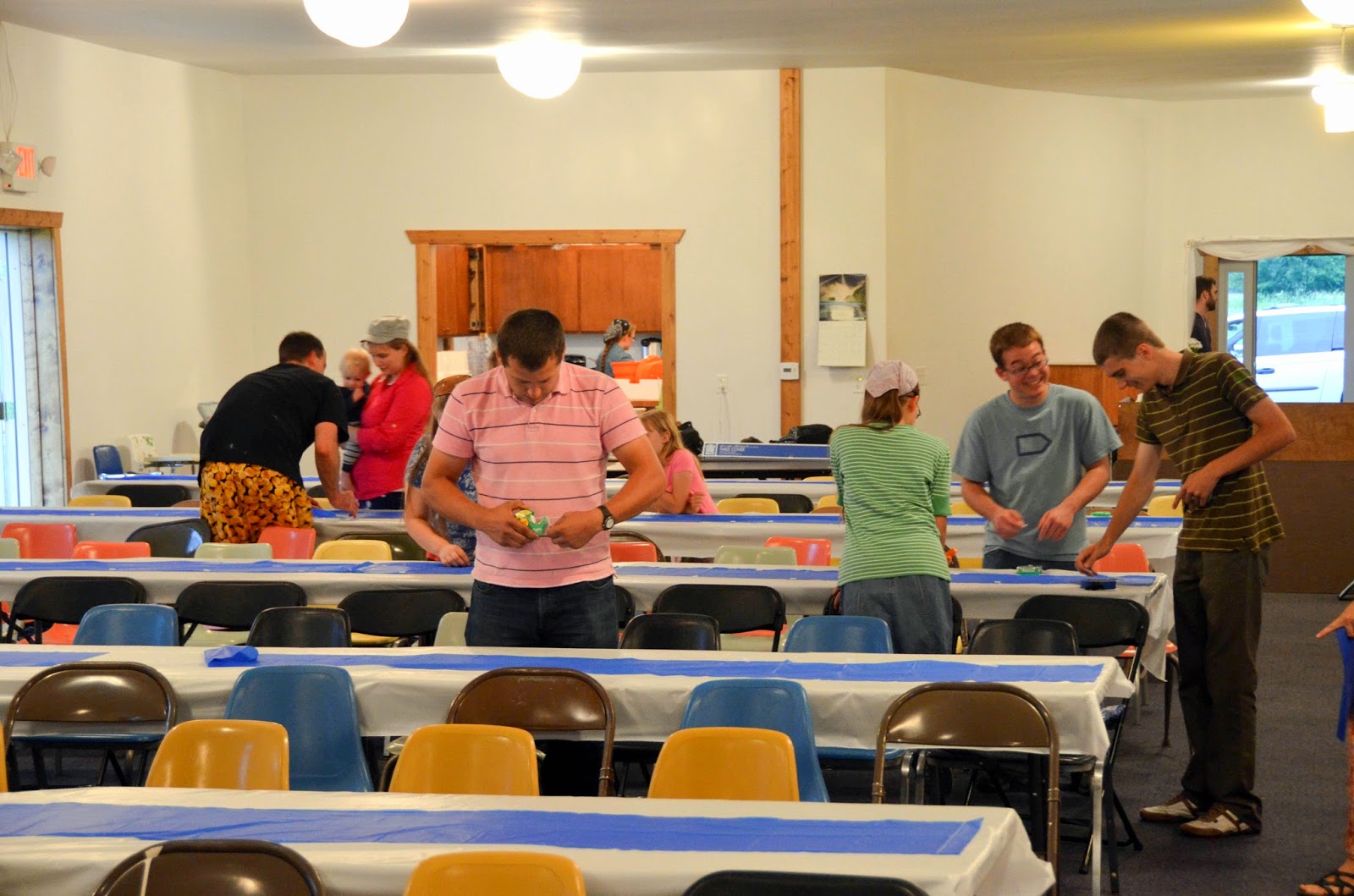 Then as it got later, various friends and family who would be involved in the wedding arrived, and we got ready to do the rehearsal. It was tricky starting out - not only were several of the key people for the ceremony not there (as they needed no rehearsing, and would arrive the next day) - the bride and groom were not there either! Beth was two hours away in Ironwood, and wasn't able to get to the church till an hour later than the time we planned. And Zak, along with a few siblings, was at a trailer park 2 hours away from Rhinelander. He was able to leave the trailer there set up, so when he and Bethie left Saturday evening, their home sweet home would be ready. 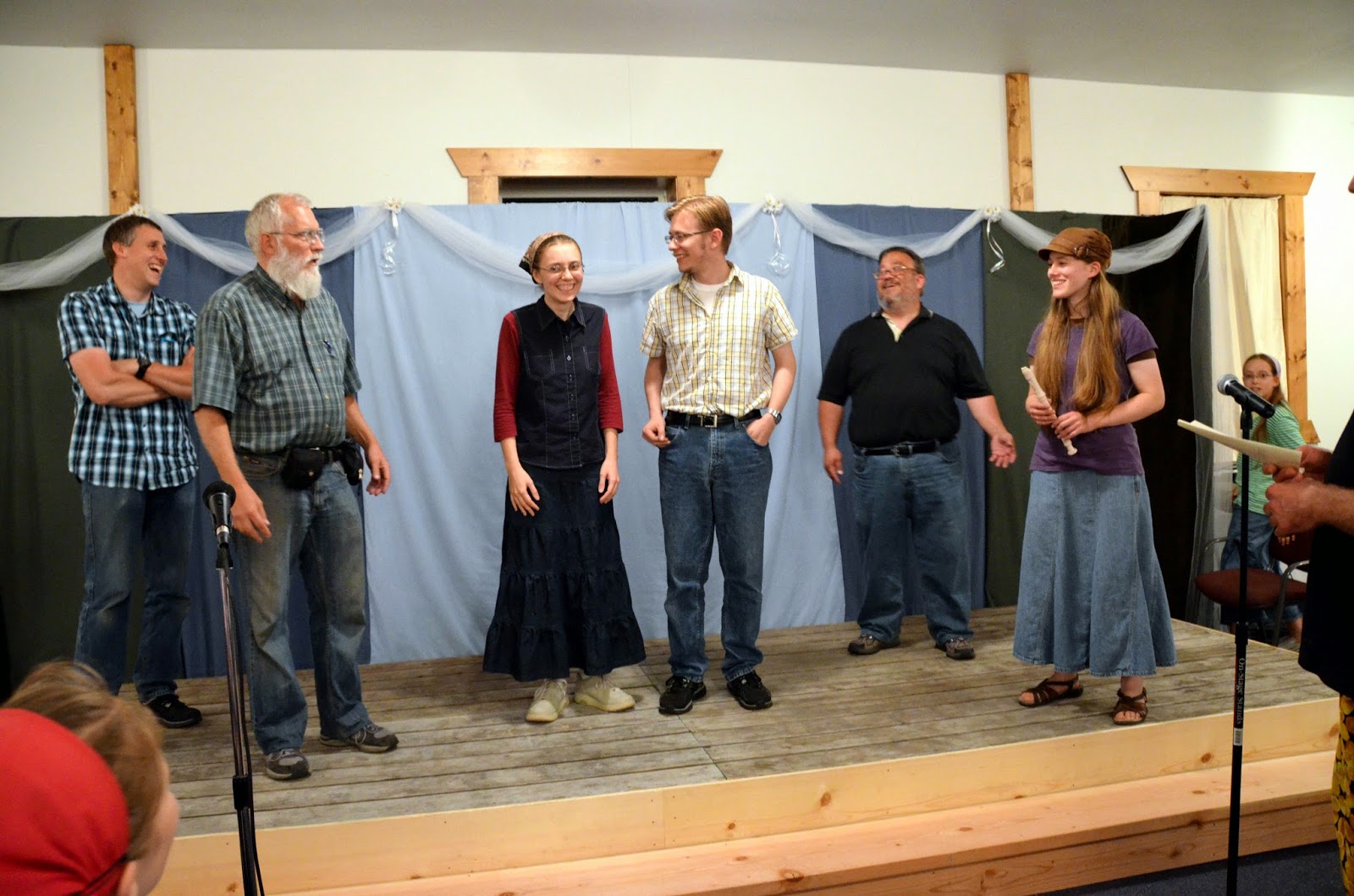 We closed our late evening in a time of prayer, and then it was off to get some rest. Beth took Zak's car and stayed overnight with some friends in Rhinelander. Our family piled in the bus and realized -this was our last time to ride in the bus as a family of 16! It was with much excitement and anticipation (of course, more so for one of us!) that we settled down for the night.

Next will be wedding pictures!