"Just wait until they're teenagers!" 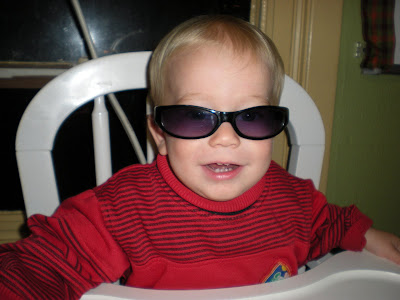 As we began having children, we would often hear that ominous phrase, usually prefaced by a comment on how sweet our baby looked. "They look so sweet now," the onlooker would grant us, "but just wait until they're a teenager!"

The unspoken continuation of the thought was: then they'd become ungrateful, deceitful, aloof, disrespectful and lazy.

At some point, we calculated that for the next 20 years or so, we'll have about six "teenagers" with us. So we realized we needed a strategy to deal with teenagers.

The strategy was simple and practical: denial.

We decided years ago to not refer to our young adults as teenagers. "Teenager" is a new term crafted by those who have profited from creating a subculture with its own dress and hairstyles, music, entertainment, church programs, and speech. Rather than having a goal of being an adult, the goal of this subculture is to extend childhood.

From the Bible, we see young adulthood as a time of training for bigger and better things. After all...

"But don't they need to break away and be independent?"

We find that this thought is just fed by the non-Biblical idea that people need pride in themselves. Self confidence and self esteem. (Like the world doesn't have enough of that already?) We have observed that the biggest problem people have with young adults, and people in general, is PRIDE. The Bible has nothing good to say about pride! Pride is in fact the enemy of learning anything worth learning! The humble receive instruction, but the prideful think they know it all already...sound familiar?

As parents, we find we need to give up our pride! What regret we have of reactions and words born out of pride. Ug. As new parents, we eventually realized we were ignorant of the wealth of instruction to PARENTS found in the Bible! Likewise, for the good of our children, we need to point them to God's wealth of instruction in his Word, much given as warnings to young people (the Book of Proverbs). And when you take a look in the book, there is no doubt: pride is like cancer! Cut it out!

So anything aimed at instilling pride in our children, in their abilities, their income, appearance, potential, etc. we want to steer away from it like the plague. We sure haven't got perfect discernment and we have had regrets. The Bible says God resists the proud and that is not the boat in which we wish to be. We feel there is a real difference between feeding our children's pride versus helping them recognize that the skills and experience and knowledge and opportunities they are now gathering demonstrates God is preparing them for his service.

But back to the independence idea: We feel that, especially for those of our children who will eventually marry and have a family, gaining the feeling of "independence" can often contribute to planting selfish ways of doing things. How many parents struggle with frustration because they feel "tied down" to family responsibilities? Where does that begin? Probably from independence!

On the contrary, if a goal for our young adults is real responsibility, it seems you can't beat living at home as a young adult: learning to put others before oneself and other real Christian virtues, the real world context of a family, with increasing real responsibilities, the experience of being depended on and depending on others, the inconveniences, and stomach viruses, and just operating in a real home, preferably one with a very high person to bathroom ratio.

And further, if we follow the world's wisdom of "letting them find their way" aren't we rather just leaving them at the mercy of others who desire to influence them for evil, for self-profit (merchandisers on TV for example). How much better is God's plan...

"My son, hear the instruction of thy father, and forsake not the law of thy mother: for they shall be an ornament of grace unto thy head, and chains about thy neck."
Proverbs 1:8,9

So, responsibility - YES.
Independence - doing it my way - NO.

We are happily discovering God has a plan for people of all ages, even young adults. It is definitely a demanding time for all of us, primarily because of the importance of us as parents being real godly examples, and because the human tendency in ourselves and our children towards pride is real. We do feel God has given us ample opportunities to show our children a better way.

So, that is why when a stranger sees our baby and warns "Just wait until they're teenagers," it doesn't strike our hearts with fear and foreboding. Yes, parenting is always a challenge, but we are trusting that God will help us guide each one into fruitful service for Christ, which is the only thing that will last! 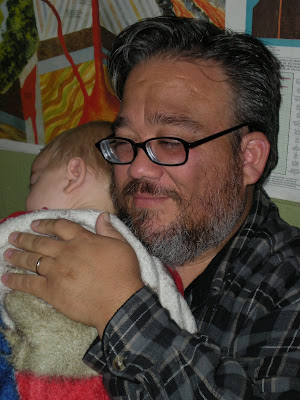 How wonderful that the Lord Jesus gave for us all, young and old, the example of humbling himself and being a servant.

Even as the Son of man came not to be ministered unto,
but to minister, and to give his life a ransom for many.
Matthew 20:28

Our website contains a new pdf with some articles on this subject which we have found helpful. It's called "Training our Children for Leadership" and asks the question, "Are we training our children to be servants?".
Posted by Debbie at 11:51 AM

Hello dear friends,
thank you for once again...blessing.
A special Thanksgiving to you all!
The Mayo Family

Hello al Kleins
Just read your article on "teenagers", it is great. I am now dealing with some teenagers we are attempting to rescue out of the horrible world's system. No, they are not our own flesh and blood; but by God's grace we hope to reach them for Christ. We have our work cut out for us.
The Dale Whittakers