We have had some very busy days! We have been stretched in every direction, not unlike a wad of bubble gum! We thank the Lord for the many blessings packed into the last few weeks...

Our dear amigos, the Dappens, increased their tribe by one more daughter, through the marriage of Jimmy to the new Sarah Dappen. We were able to attend the wedding in northern Indiana, and Zak was honored to be a groomsman. Even the rehearsal, which ended in prayer, was a blessing.... 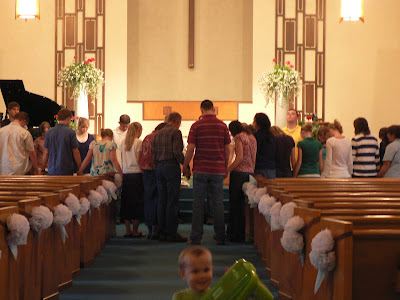 Since we were in northern Indiana anyway, after the wedding, we invited Linn Dappen and her daughters to jump on the bus and take a quick trip to the Creation Museum, near southern Indiana, for a Sunday visit! 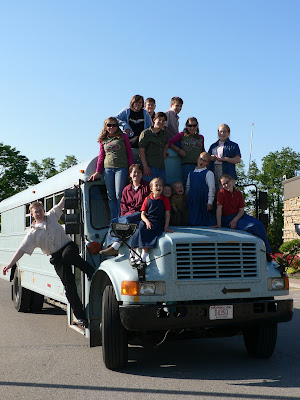 We all found the museum amazing, and the dinosaur sculptures were VERY realistic... 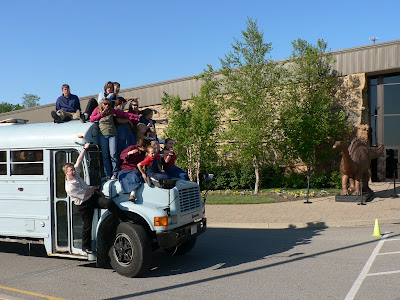 We took zillions of pictures at the Creation Museum, but I'll just include this cute one of Joshie, who really enjoyed feeting the goats at the petting zoo... 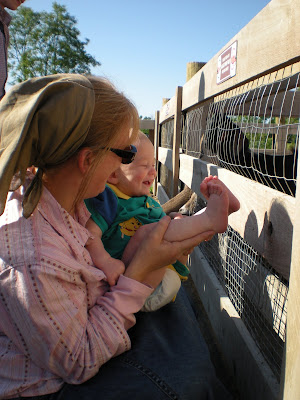 After our arrival back at home, we were in full swing preparations for the Wisconsin homeschool conference, but managed to squeeze in a day for the fossil hunt put on by In The Beginning, Inc./the Russ and Laurie Hanson family. In anticipation, Sammy and I made up a list of things to bring... 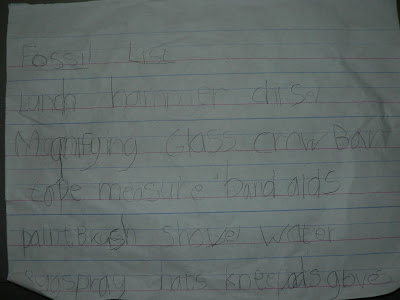 This was such a fun time, we are so glad Daddy forced us to go! We left the big kids home to work on conference preparations, so it was just Mommy and the "lower six". Beautiful drive, beautiful weather... 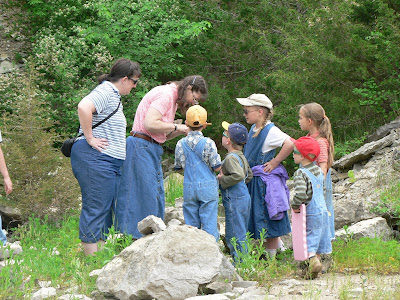 Here is Mrs. Hanson helping the kids interpret some of their finds. They brought all their metal working equipment, hats, sunglasses, and first aid tools. This part of Wisconsin is nearly indestructible, so they just went for it. The area is at the end of a pasture (with all the aromatic accessories commonly associated with pastures) where there is a cliff stacked with marine fossils: cephlapods, trilobites, sponges, you name it. You couldn't sneeze without hitting a fossil!

Marine fossils in Wisconsin? Hmmmm...how would you explain that? 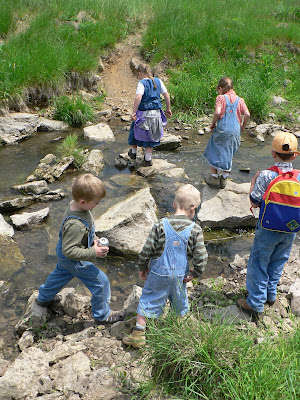 Fording the creek to get to the fossils was a major source of fun. 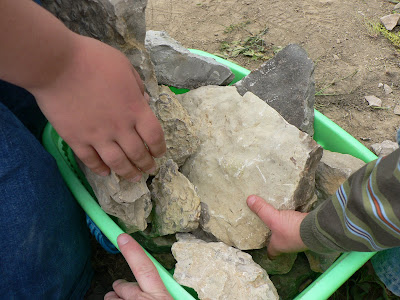 You can take them with you...but we had to leave some of them behind, for fear that the tires on the station wagon would pop. The rounded big thing in the center is a sponge, I was told.

As alluded to in a previous post, we had a blessed and busy time at the Wisconsin homeschool conference, but before we knew it, it was over and Dave was off to California... 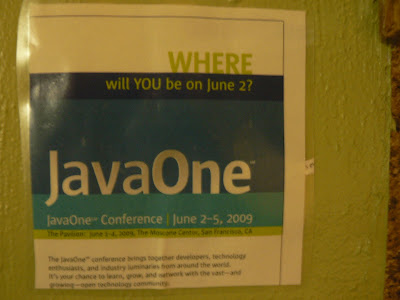 This laminated ad for Java One, a major computer conference, served as a reminder by the coffee pot for months that Daddy had to get ready for his talk. We got the news back in February that one of his proposals had been accepted. Of course, by the time June rolled around, his proverbial plate was pretty full. Actually, it was more like a buffet where you keep getting a new, clean plate.

At JavaOne, he led a session on "Grails Integration Strategies". It was well attended and received some nice feedback. Unfortunately, though we were all excited about the talk, it meant he was not home on June 2, which was.... 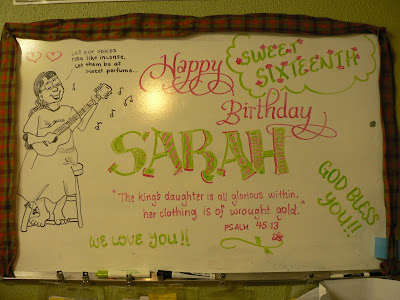 ...so we celebrated without him. Our consolation was watching one of Daddy's favorite computer colleagues interview him! Dave! The interview was broadcast or podcast, or otherwise cast in silicon, on the internet. At the end was Dave's characteristic sweep of the forehead and relieved sigh -- classic! 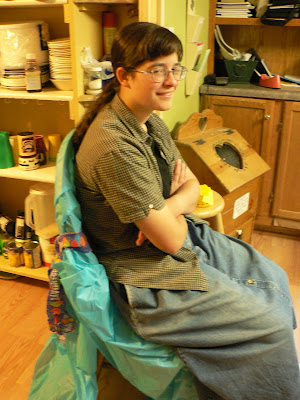 Here, Sarah is sitting on her decorated "throne", where she was presented with many and sundry gifts from her beloved family, including but not limited to, a new sewing machine.

The weather was actually cool and the sky overcast, so we prepared a lunch and set off for Devil's Lake State Park. Unfortunately, due to a slight misinterpretation of the map, we never actually saw Devil's Lake. We did, somehow, tackle the only loop trail Mommy has ever been on which seemed to be uphill the entire way! But, it was a beautiful hike and Sarah tried to be a good sport, and we all enjoyed pineapple upside-down cake upon our return. 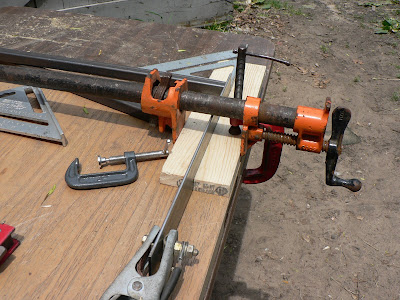 The family weldor, Solomon, snapped a couple of "before" shots of the braket he is making for the bus table/beds. Currently, he has a big stack of steel to weld, as soon as we get our machine back from the shop. Next stop: Missouri!! We'll update later!!!
Posted by Debbie at 6:34 PM