The Education of Kings -- the story behind the book 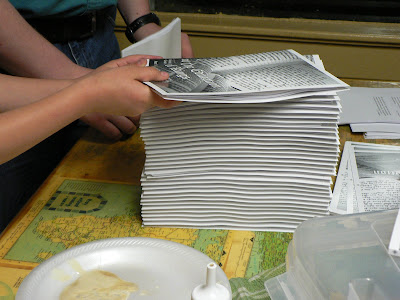 Putting the collated pages inside the scored and folded cardstock covers. 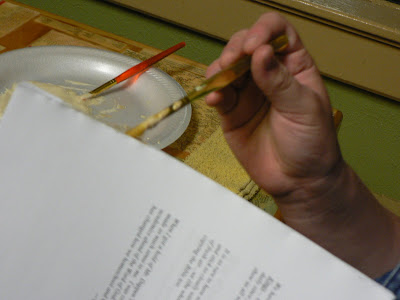 Applying glue to the edges of the pages. 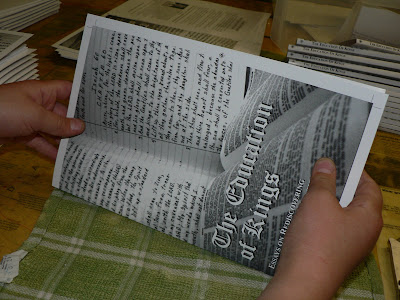 Carefully alligning the glued pages into the covers. 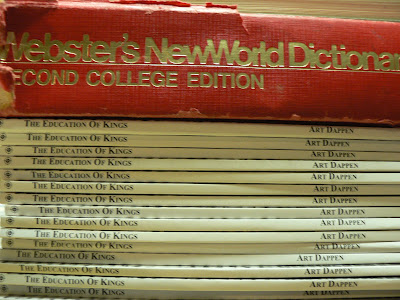 Compressing the glued books until they are dry.


This evening, we are gluing pages into cardstock covers, and then wedging the untrimmed books under heavy dictionaries until the glue is dry. Tomorrow, we hope to find a local printer to trim the outside pages, giving them less of a "home published" look. We are preparing for next week's homeschool conference near St Louis, Missouri.

Here is some of the story behind this important book which we carry at our literature table at homeschool conferences...

Our family's first venture into home-printing/publishing came several years ago, upon meeting Art and Linn Dappen. At the time, we lived in Edinburg, Texas, a stone's throw from the Rio Grande.

Prior to Edinburg, we lived in the city of Madison, Wisconsin. Dave had a contract with the state of Wisconsin. But the opportunity arose for Dave to take a job which he could do entirely from home. We felt this was our opportunity to move to Mexico, with Dave working from home in Mexico. After some research, though, we learned that the type of computer connection Dave's work would require, at that time, was extremely expensive in Mexico. So, after prayer and house hunting, we found a house in Texas fairly close to Mexico, and Dave worked from home. The location at the border opened many doors for us, both to see more of God's work in Mexico, and to meet some very special people.

Among the many we met were Art and Linn Dappen, missionaries in southern Mexico. Their family has been one of many which the Lord has been using to build up the church in Mexico, through training children in the nurture and admonition of the Lord. The Lord has brought them through amazing things and taught them so much.

Our first meeting with the Dappens was when their family came to our home to stay for one week! The ten family members brought all their clothing in ONE huge duffel bag! Still relatively new at the traveling-with-a-big-family game, we were in awe!

Anyway, they were in our home for maybe 30 minutes before we realized we had known each other for years! Well, no, but it felt that way. Our hearts were knit together instantly. 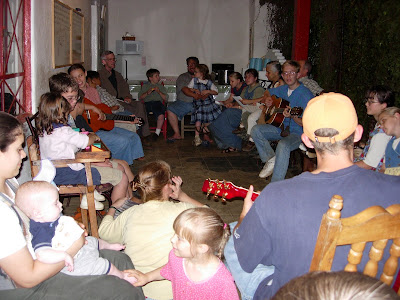 Returning the favor: one of our visits to the Dappens' home in Mexico

Art had been writing newsletters and articles to build up Mexican families for many years. At the annual Mexican homeschool conferences, his family had a literature table, offering free booklets. Art was often invited to speak in the sessions.

After that first visit, our house at the border became a regular stop for the Dappens when they came out of Mexico about every 6 months. We received all their packages, shipped from family from back home in Washington. The timing of their visits coincided with the two annual Mexican homeschool conferences; they would normally prepare their literature during this time. They had these awesome booklet staplers...kind of a cross between a normal stapler and a giraffe. We were anxious to help, and they patiently showed us the meticulous way they put them together. They eventually purchased a photocopier, which we housed for them. 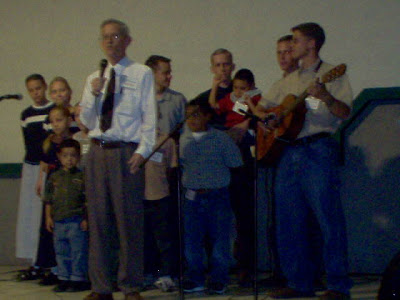 Most of Art's writings were in Spanish, but he did occasionally create English versions (some of which you can find here) to send to friends in the States. After we had seen some of the articles he had assembled for Mexican families regarding copying the Bible as education, Dave encouraged him to translate them into English. Art was very interested in doing so, when time allowed. Life was so busy for their family.

But things did slow down for Art. About six months before his homegoing in November of 2006, he became very ill. Initially, it looked like the Lord was calling him home then and there, but he did recover some. During his last trip to our home, in August of the same year, still pretty weak, Art decided to make use of his down time in doing the translation work.

He selected some of the articles he felt would be the most beneficial, settled in a quiet room in our home, and began translating the articles, recording them on audio cassette. He put a lot of effort into this process. Because of his frequent coughing spells and difficulty sleeping, it is amazing to think of the huge job he accomplished. We know the Lord helped him.

The cassettes were then given to our son Ben. Ben carefully transcribed each tape, adding punctuation and separating paragraphs as best he could. Then, he printed out the transcription of the first six or so articles, and gave them to Art so he could make any corrections or clarifications. Art was pleased with Ben's initial transcription work. But before Ben completed all the transcriptions, the Dappens had to head back to their home in southern Mexico.

Well, at this time, we knew it would be our last visit at the border. Dave's work from home had all dried up. His previous client in Wisconsin still wanted him -- but he had to be in Wisconsin. So, we were scheduled to move back to Wisconsin right after that August conference. That was kind of a heart-wrenching time, although we felt it was the Lord's clear leading for us to head back north.

Our move to Wisconsin kept us busy for some time, moving in, fitting us all in a very small house, etc. We got busy with other things, and regrettably, we put the transcription project on hold.

Well, on November 9, 2006, we received a phone call that Art had gone to be with the Lord. As the reality sank in, we realized we had left something undone.

A memorial service in the States was scheduled for a month after his death. As we prepared to take the trip to Washington state, Ben jumped back into his transcription work. We got tips from our friends, the Richardsons (also in Mexico) for gluing books together. Our desire was to bring copies of the book to the memorial service. We had never done a "paperback" before, so it was pretty rustic and imperfect, but done with much love.

For the cover on the current book, Art's son Bobby later supplied us with a photo of Art's copy of the Bible...his last page was written the day before his death. (We later put together an audio version of Education of Kings, read by Bobby, which you can find here.)

The title, "The Education of Kings" came from the scripture Deuteronomy 17:18, 19. Before Israel had a king, when they were still pilgrims in the wilderness, God told them, one day they would have a king, and that king was to make a copy of all the law (given through Moses), and read it every day, so that he would obey the law and not seek vanity. Art saw from this, in God's eyes, this was the epitome of "education". Who needed to know more than the leader of God's people? And where was he to look? The law of God, of course. Art saw how modern man has set up his own high places, relegating the Bible to mythology or merely literature. Even professing Christians have placed many things before God's Word.

It's interesting that educators have valued "copywork" for centuries. But God thought of it first.

So, the book. It's a compilation of essays. It can be read in any order. In some places, the translation is still a bit rough, as Art never completely went through all the transcriptions. It's not a perfect book, by any means. It is certainly not the 67th book of the Bible. But we feel strongly that much can be gained through the insights of our dearly missed brother. We saw the fruit of lives ordered by attempting to keep God's Word at the forefront, of boasting not in self, but in the word of the Lord. 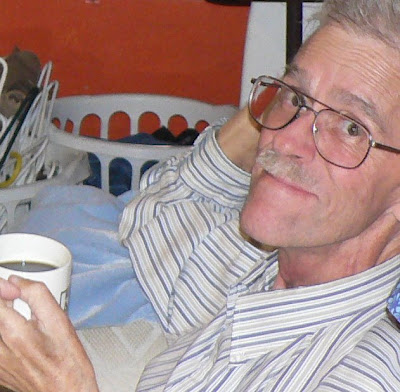