In March of 2016, we held our first CocoaConf of that year in Chicago, Illinois. We were able to all come out as a family this time, which is always fun. :) During the conference, those not directly involved with the conference duties made a few excursions to explore the area.


On the last day of the conference, some of us went out to see Volo Bog. Our family first heard about Volo Bog from Dr. Kurt Wise, in a lecture some of us heard a few years ago. He showed some video clips from Volo Bog to illustrate what a quaking bog is like. And since we were less than an hour’s drive away at our hotel in Chicago, we didn’t want to pass up the chance to check it out ourselves. :) 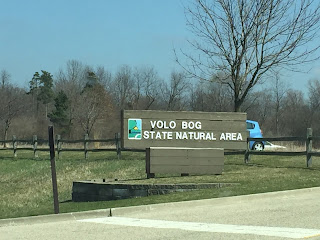 Volo Bog is the last quaking bog in Illinois with an open water center, and the furthest south of such bogs in North America. And what, perchance, is a quaking bog?


At the end of the Ice Age, ice left behind from the retreating glaciers melted, and left large lakes in the northern parts of North America. Over time, vegetation begins growing in over the lake, and silt accumulates, and the lake slowly becomes covered over.

The vegetation mat is floating over the lake, hence the quaking nature of the bog. You can get a group of kids to stand in a circle on the surface, hold hands, and jump up and down in sequence, and you can make concentric waves that travel through the ground and sway the plants and trees. Pretty neat! :) 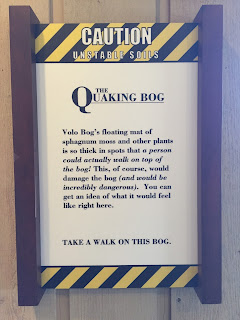 There’s a short boardwalk that goes right out to the open water center of the bog, so you can see all the different environments of a quaking bog.

A quaking bog has five zones that encircle the open water in the center. Starting out, we walked through the marsh zone. 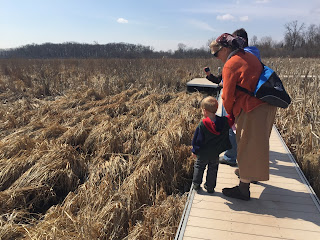 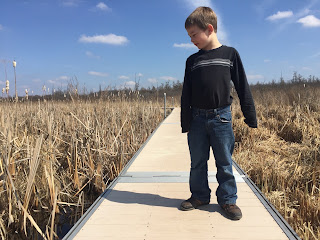 From the marsh zone, we came into the tall shrub zone. As you may infer, a major constituent of this zone is tall shrubs. :) 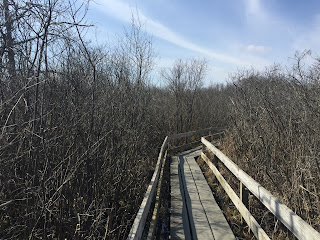 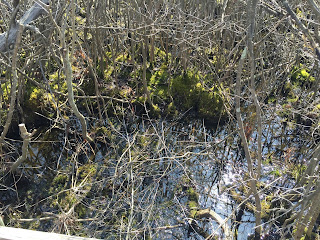 Next is the tamarack zone. Tamarack pines are here in abundance, and we learned that they are an unusual pine – they’re deciduous!

In the right season, you can also find pitcher plants. But this was early Spring, so they weren’t showing their little faces just yet.


And here, behind Daniel, you can see the last two zones: the low shrub zone, and the herb zone. I suppose the distinction between the two isn’t particularly sharp. And then it’s open water! 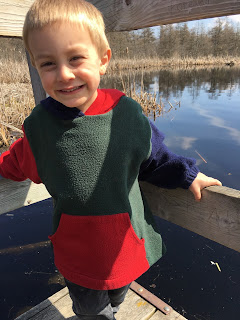 Closer to the open water, a few of us had fun grabbing the tamarack pines by the trunk and bouncing them up and down, though it was a bit difficult to get adequate leverage from the boardwalk. 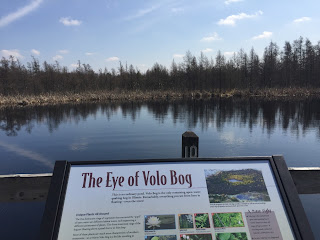 One cool feature of a quaking bog is the false bottom, which you can see here, in the marsh zone. We tried finding something sturdy enough laying around to pierce through the false bottom, but the best we could find was tall grass that wasn’t too cooperative. Nonetheless, were you to stick your foot down there you would just keep going down. :) 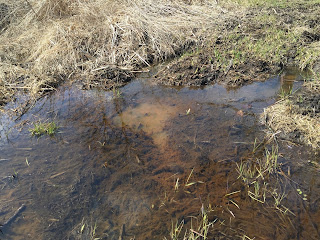 After the boardwalk, we went in to see the little nature center they have there, in an old barn and silo.

This elevator is built in the silo, and it has one glass wall so you can travel up and down a timeline of the Volo Bog area over time. 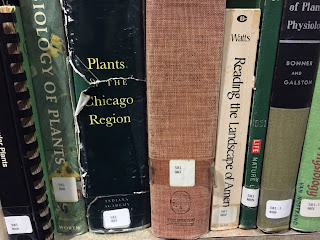 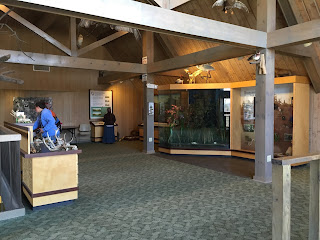 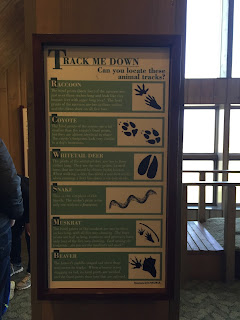 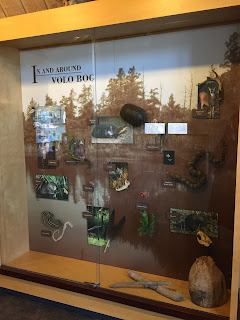 And then, after some fun perusing in the center, we headed back to help wrap up the conference. :)
Posted by Hannah at 2:28 PM